Every September, HackMIT brings over 1000 college students from around the world to MIT campus for a weekend of workshops, talks, activities, and building innovative projects.

HackMIT is organized by a team of about 20 MIT students who are passionate about empowering students in technology and innovation. As a member of the HackMIT Marketing committee, I helped shape the event's branding and 2017 theme: Hack to the Future, inspired by the Back to the Future movie trilogy.

Below is a summary of our work, including HackMIT 2017's branding, website, social media, merchandise, physical hack, and more.

While the event's colors and fonts change every year, HackMIT has developed a strong identity through the "HACK" block letters in its logo. In 2017, we chose to use a motif of red and blue.

After a hunt for futuristic fonts and colors, we summarized our choices in a brand guide for HackMIT 2017. 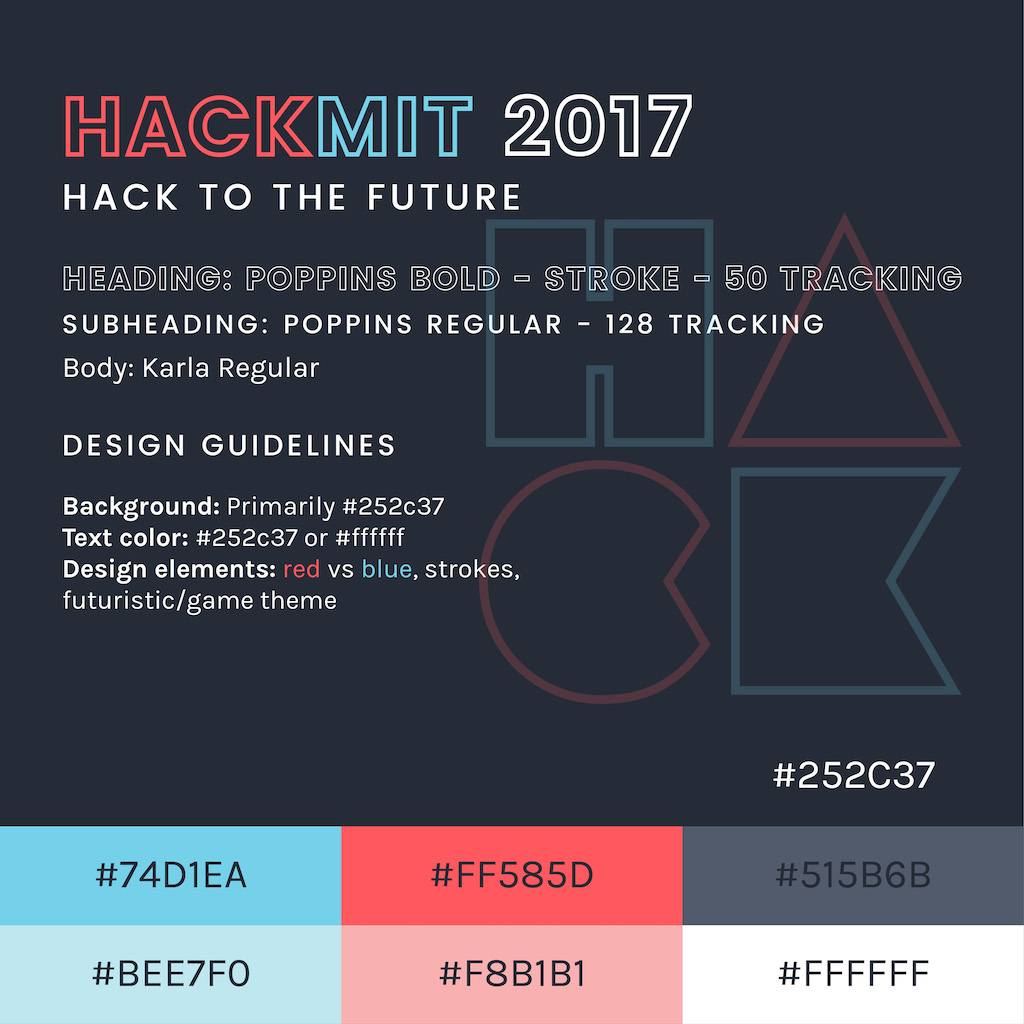 We modeled our event website after the futuristic interfaces in sci-fi films. The outer ring of the center spinner counts the days remaining, and the circular buttons on the right open modules with more information about the event. 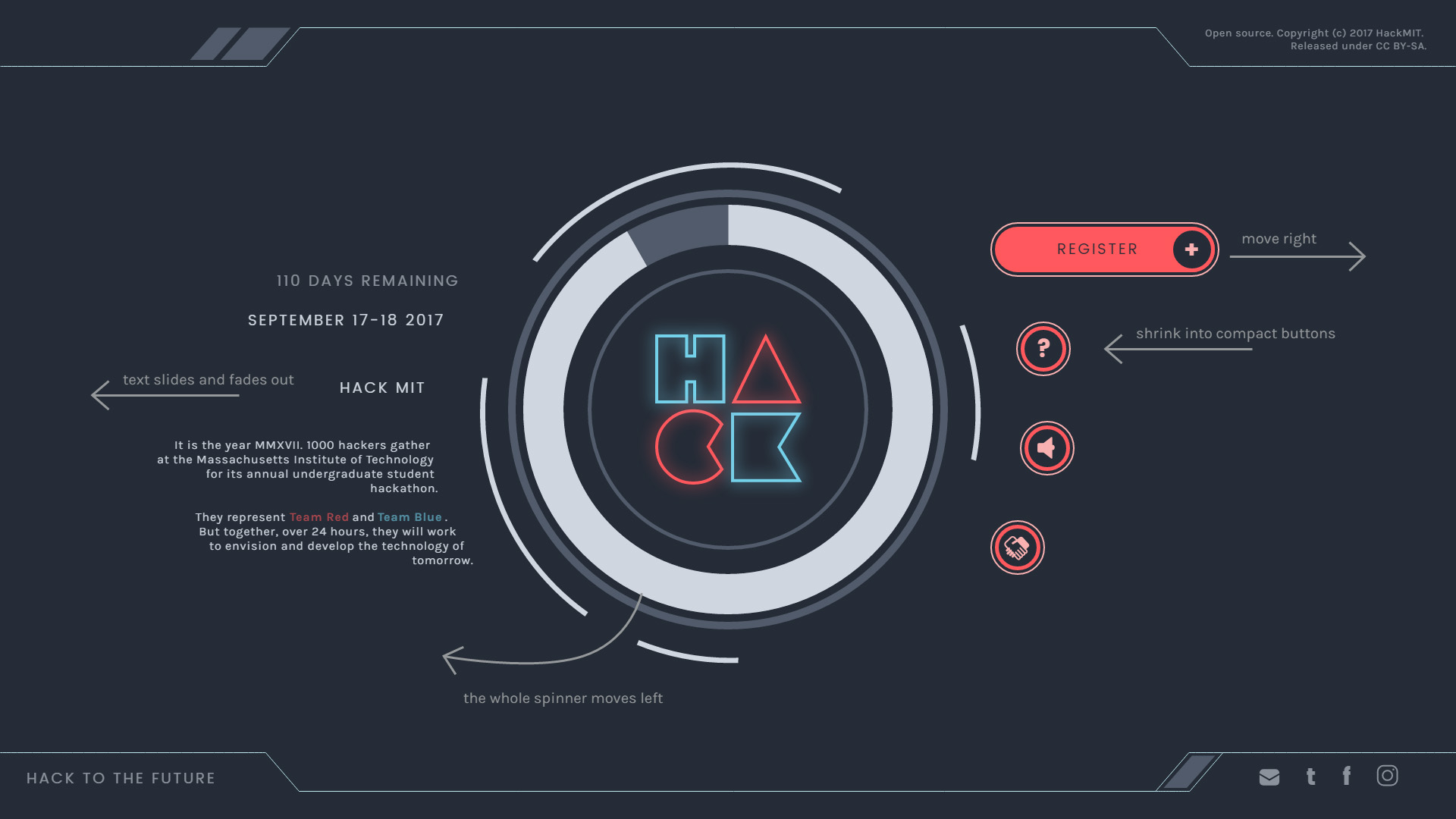 On your first visit to the website, you'll also see an opening animation I made, in which the HackMIT logo glitches in, and a loading bar "connects" you to the page.

To keep hackers in the loop, we posted frequently on HackMIT's social media, including announcements, reminders, hype, and more. 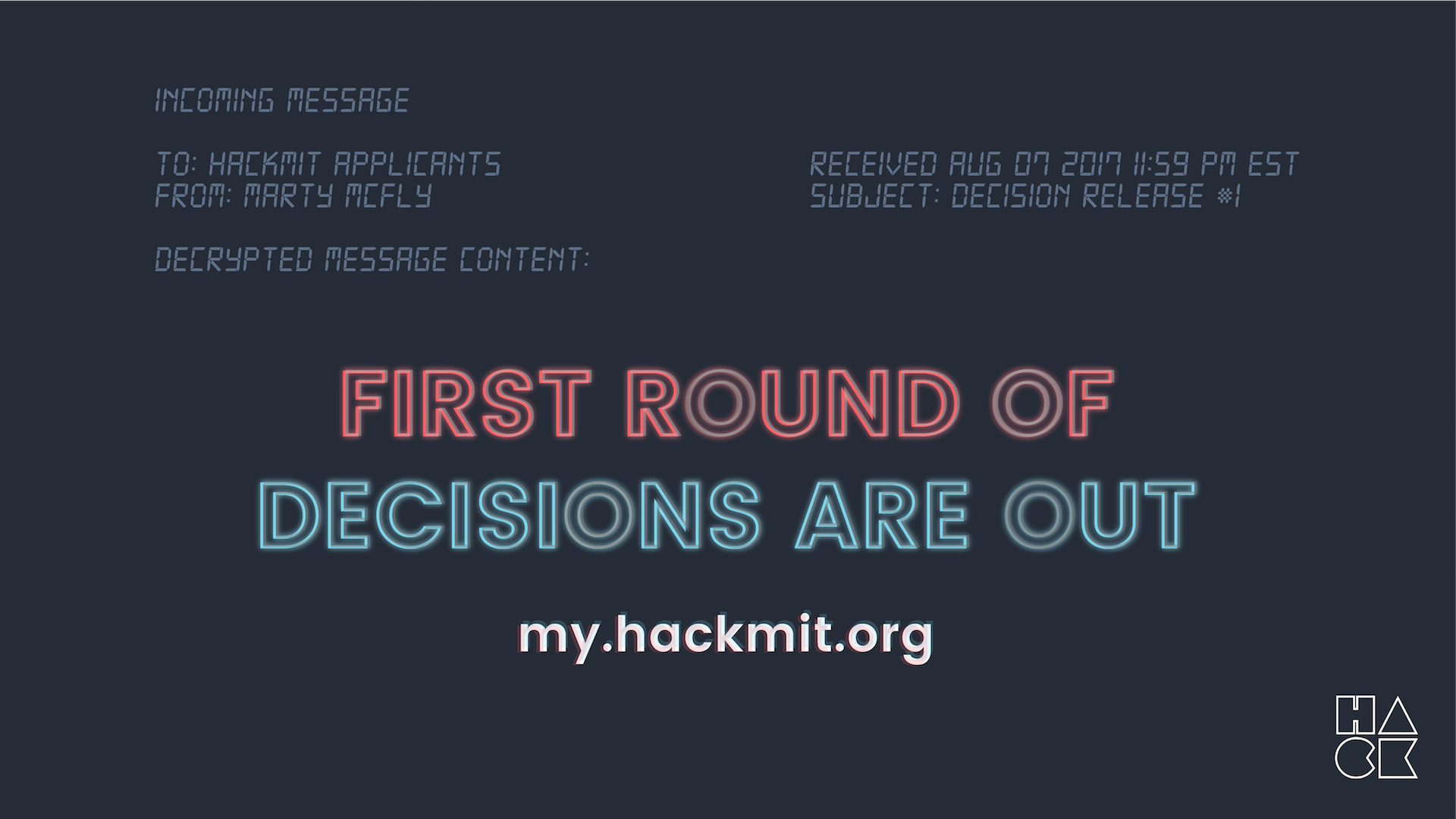 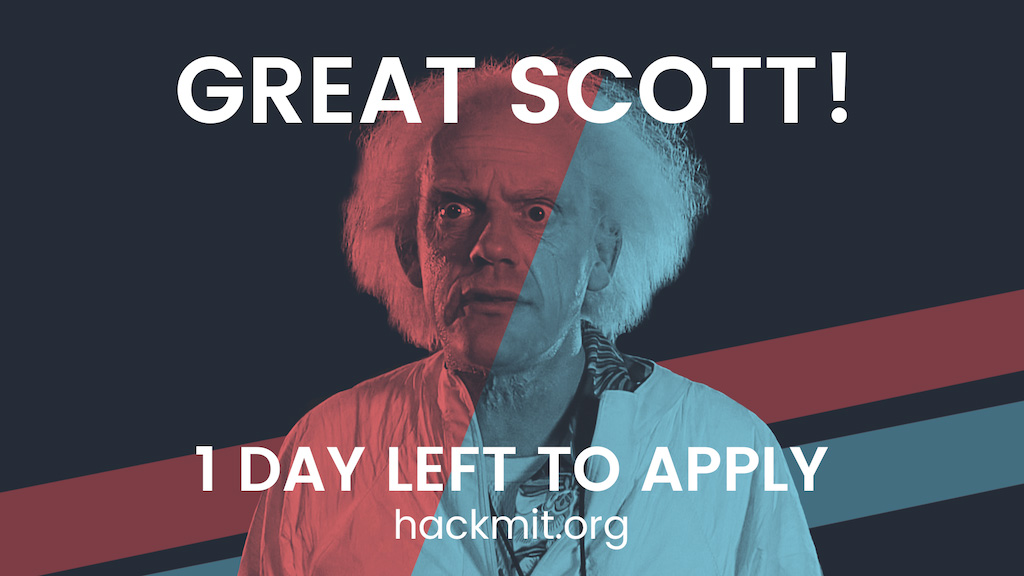 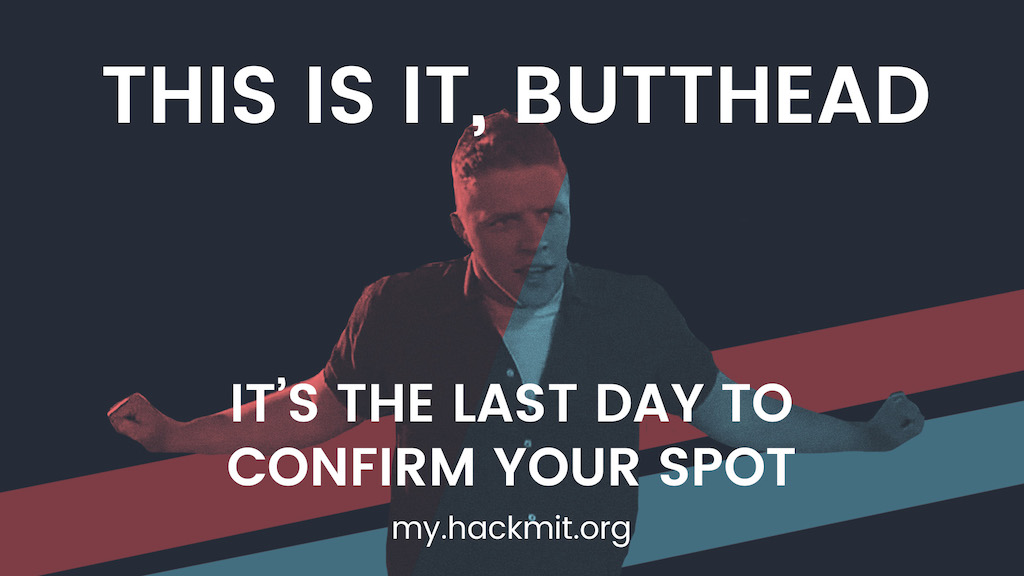 Announcement posts I created, inspired by Back to the Future quotes. 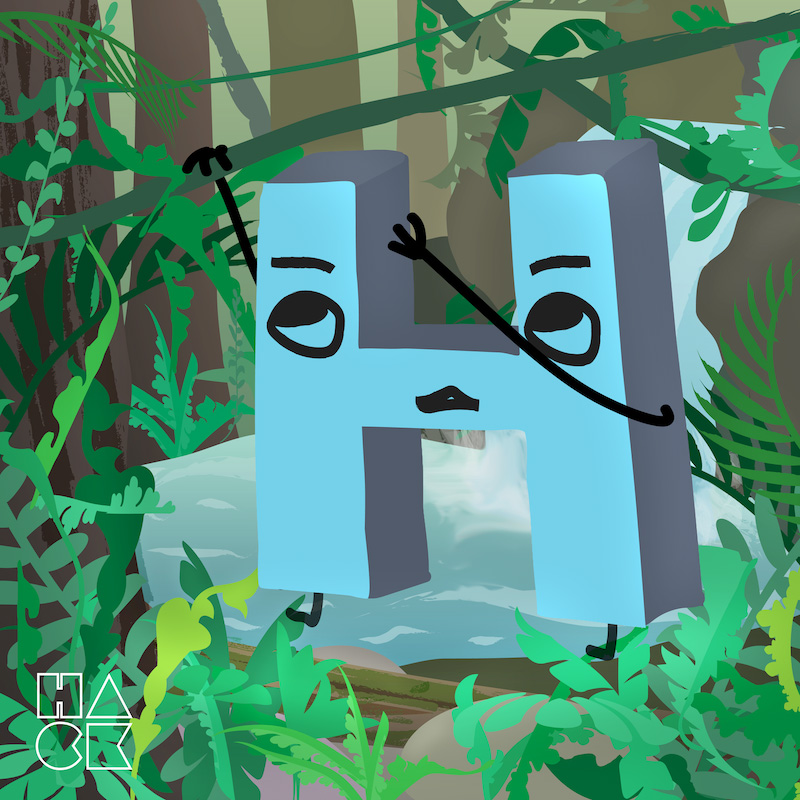 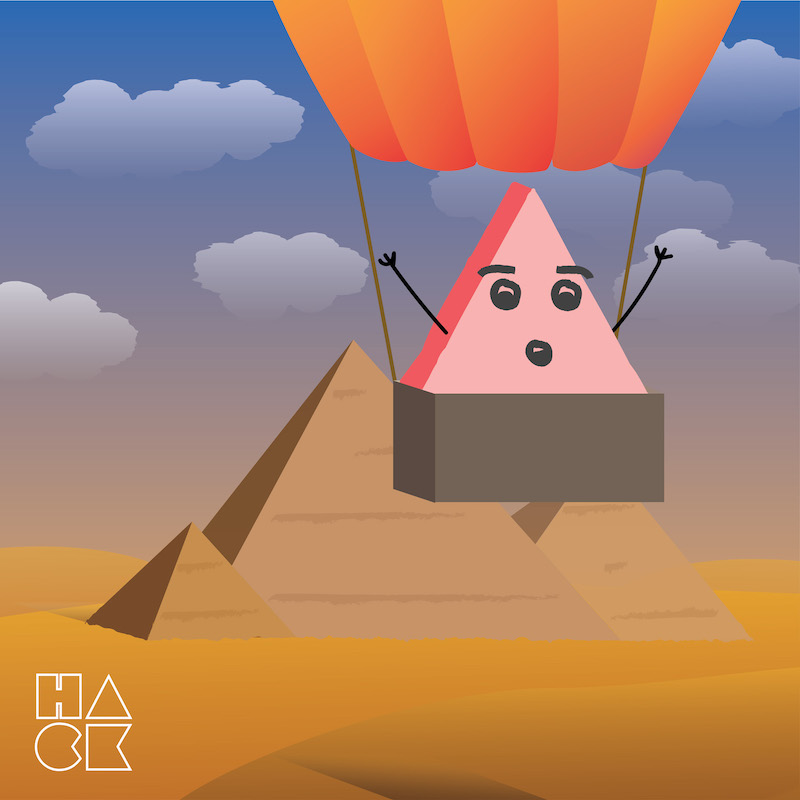 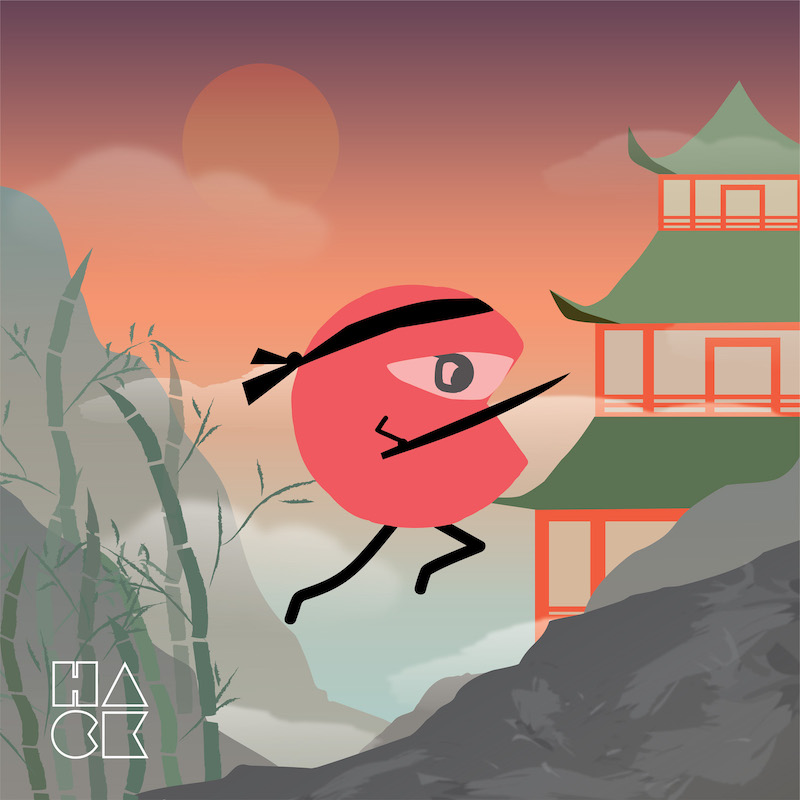 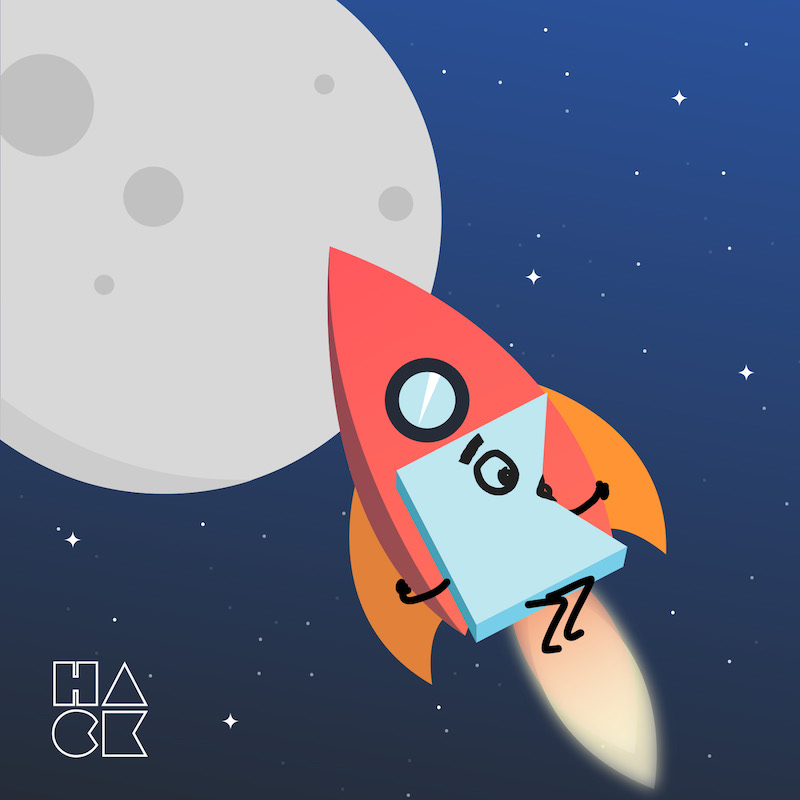 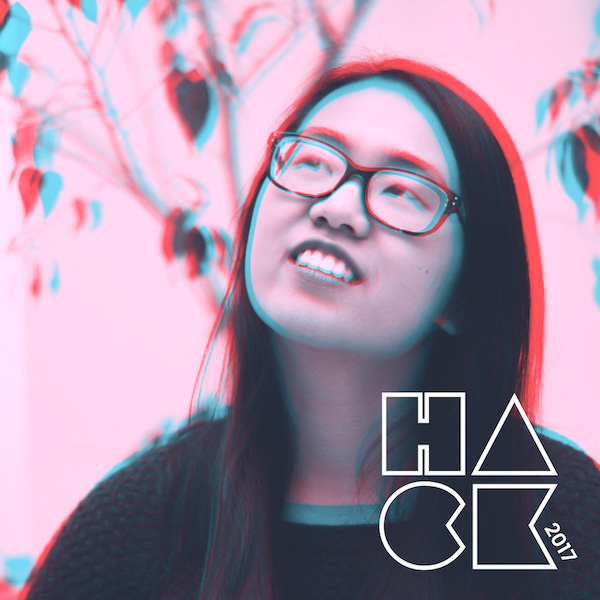 A hackathon isn't complete without awesome swag. We provided hackers, mentors, and organizers with color-coded crewnecks. Hackers wore navy crewnecks; mentors and organizers wore purple and white, respectively, so that they could be easily located around the event venue. 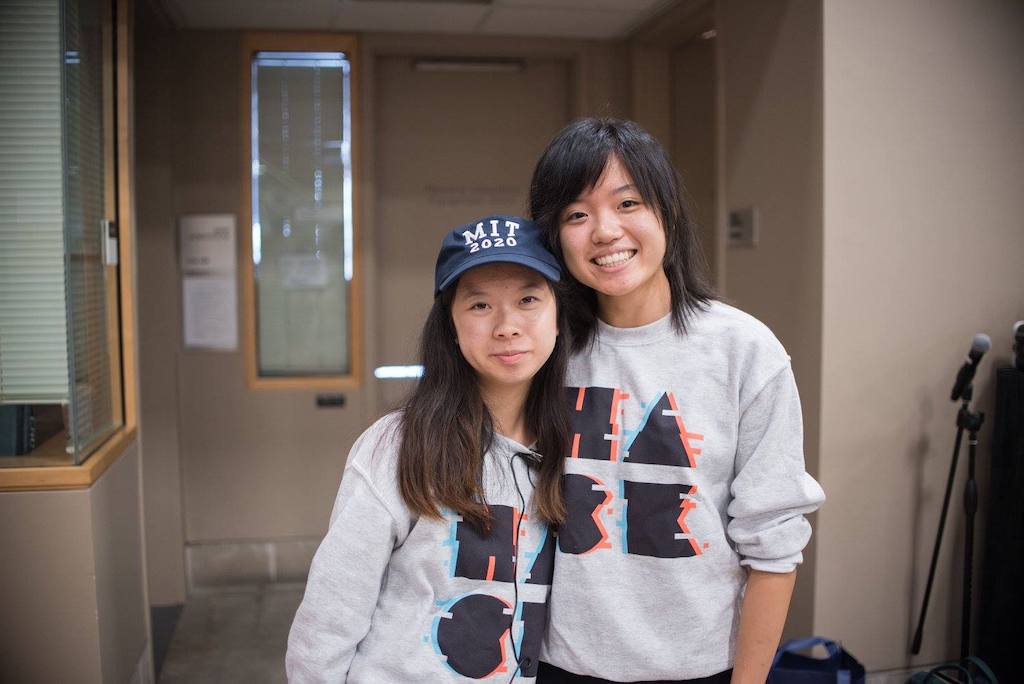 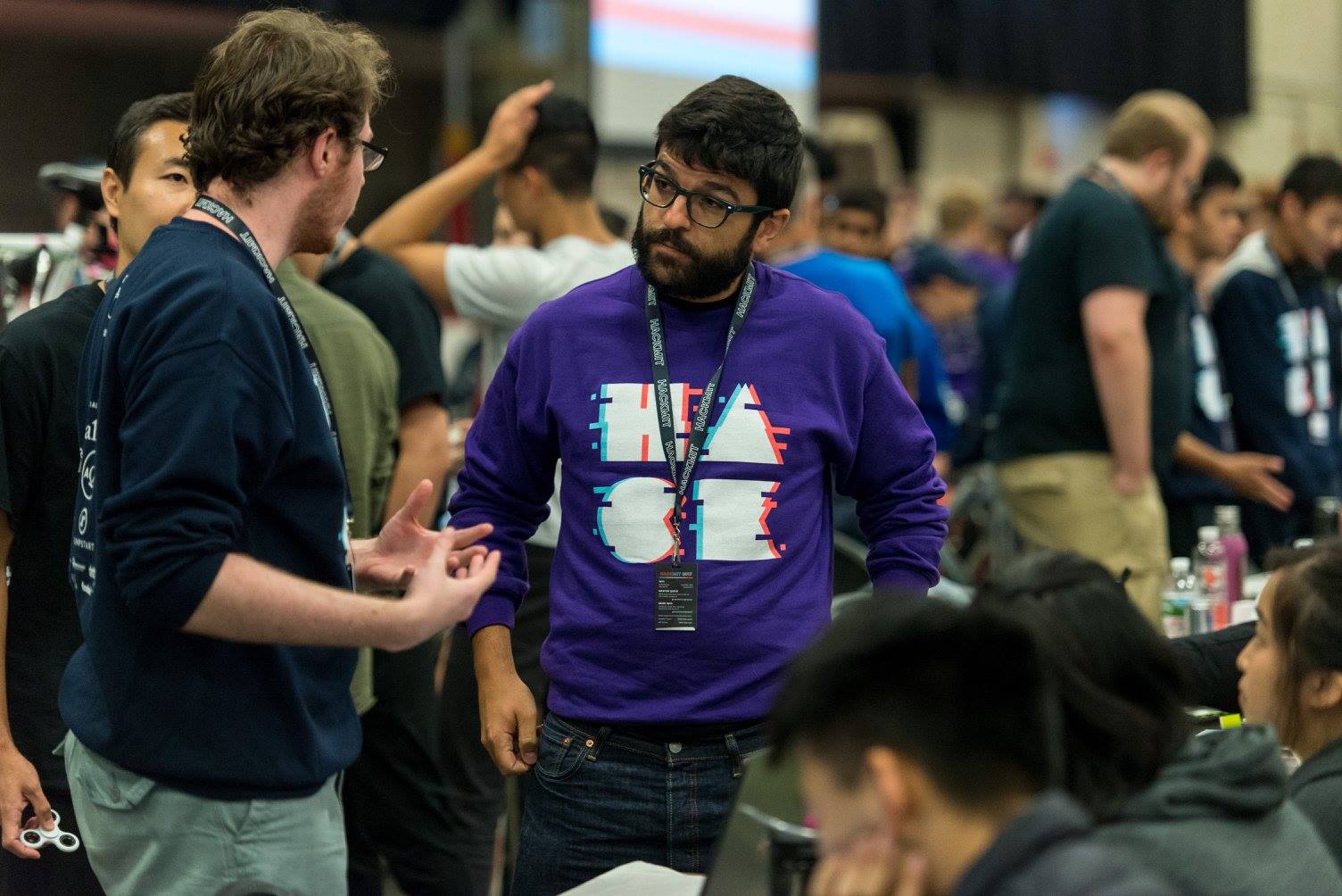 I designed a day-of booklet with detailed information about the weekend's speakers, schedule, and logistics. Each hacker received a copy with their swag bag at check-in. 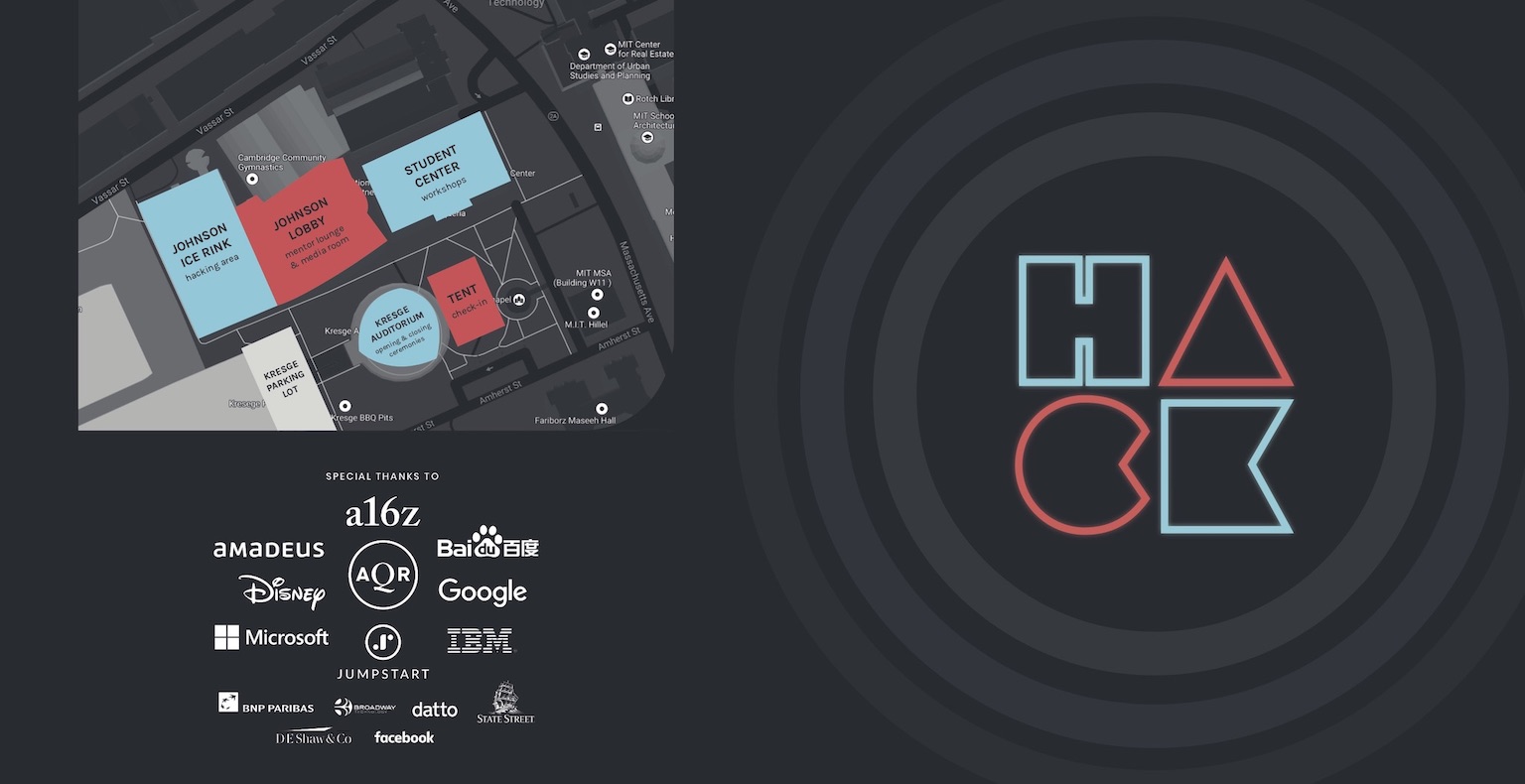 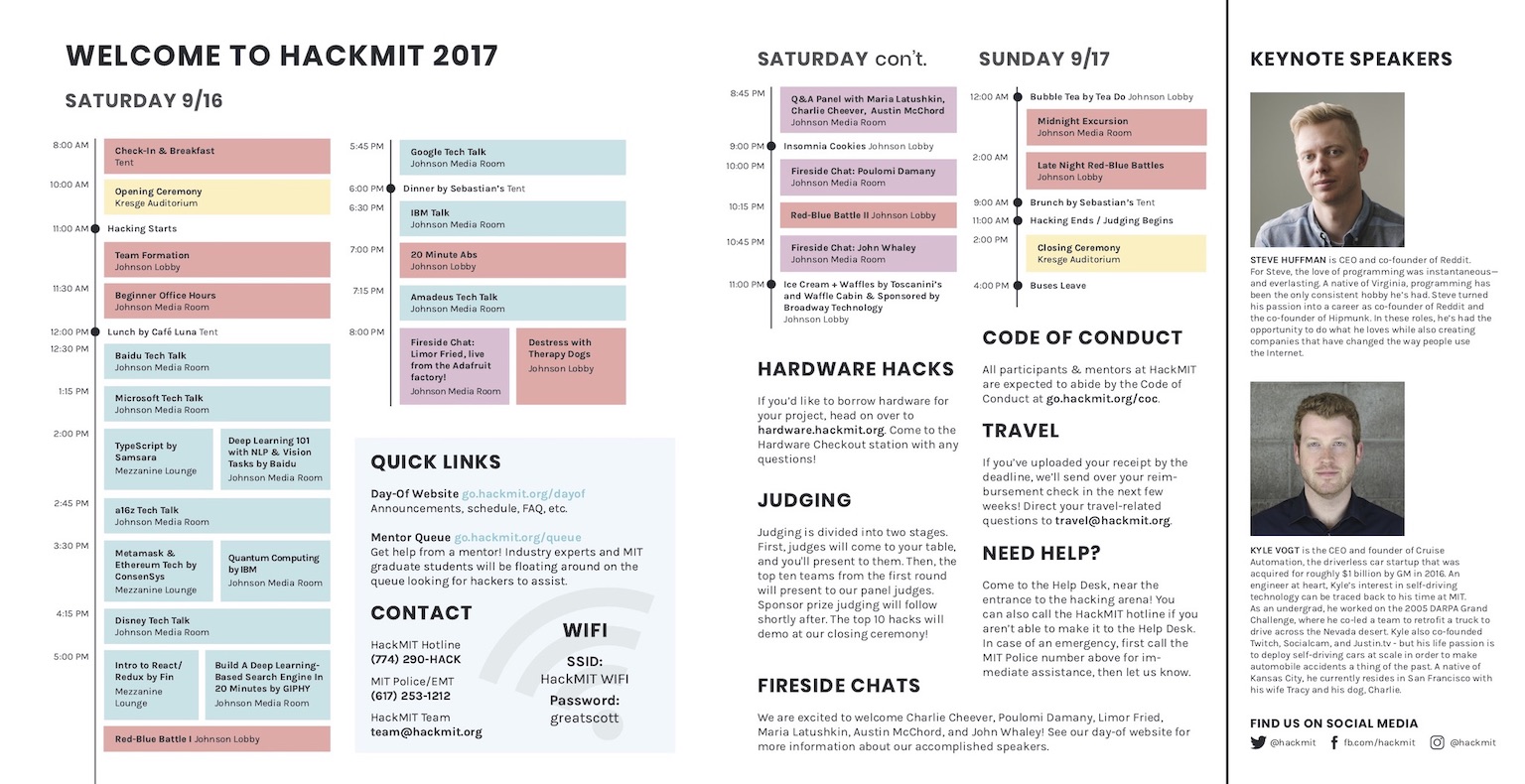 Hackers also received pairs of red-cyan 3D glasses, which they could use to view event banners in 3D!

I proposed the idea of a Faction Cup—a mini-tournament (inspired by the Harry Potter Triwizard Cup) that would aim to add more fun to the hackathon experience and encourage more hackers to attend events throughout the weekend. With joint efforts from the Marketing, Development, and Logistics committees, we brought the Faction Cup to life! 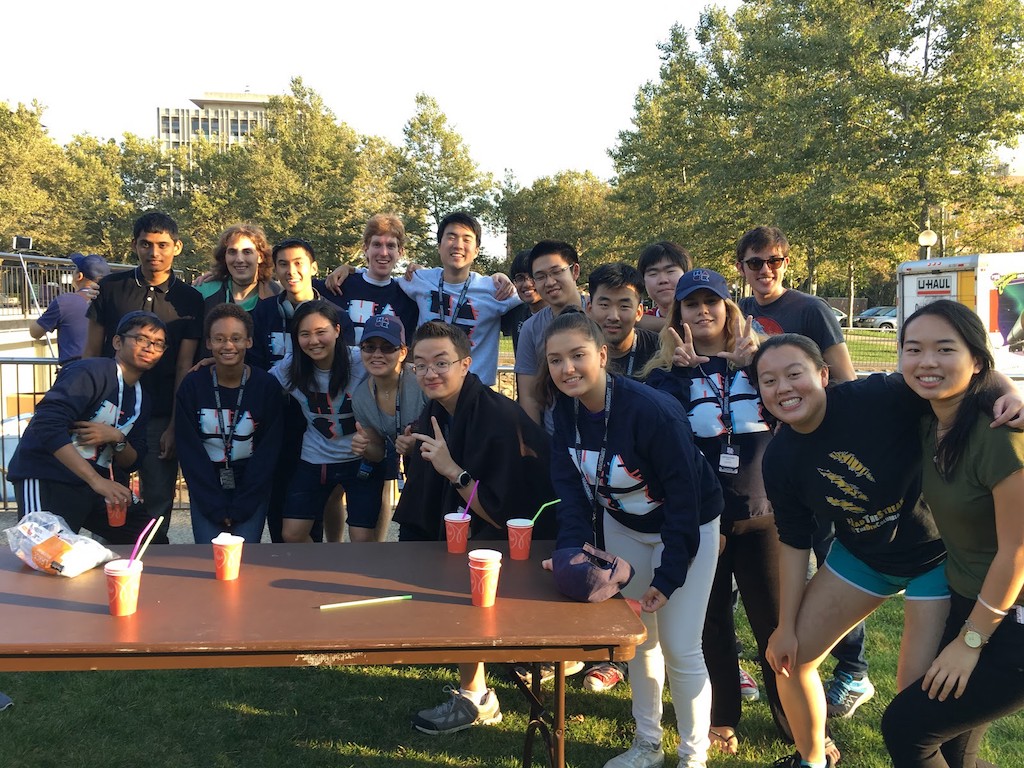 A group of hackers at a mini-event.

During registration, we asked every hacker to pick a faction: red or blue. Over the weekend, hackers scored points for their factions by attending workshops, tech talks, fireside chats, and mini red-blue battles (including a lightsaber fight!) A live leaderboard in the hacking arena kept track of the current faction scores.

At the end of the hackathon, all members of the winning faction took home a special prize: Hack to the Future magnets. 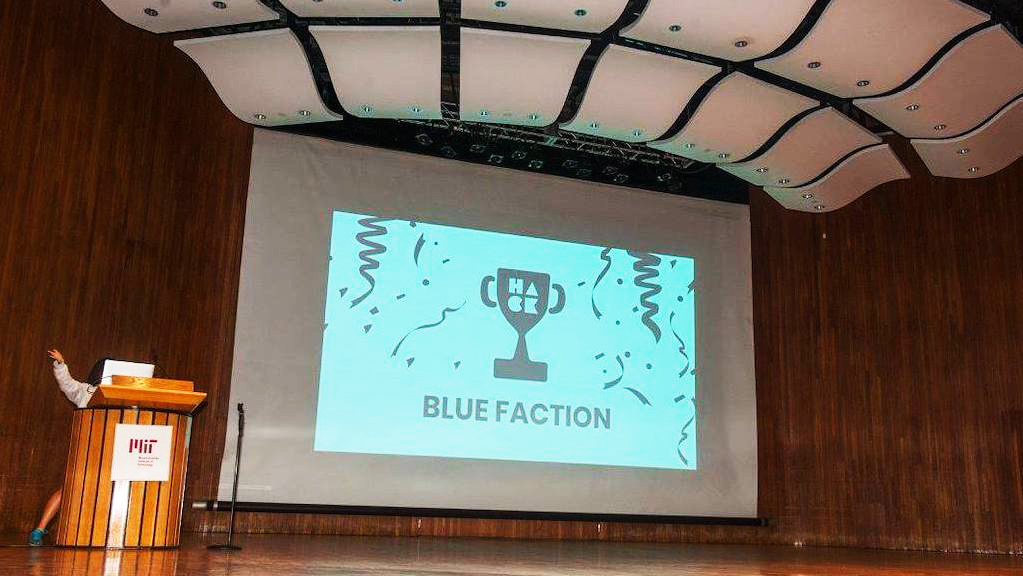 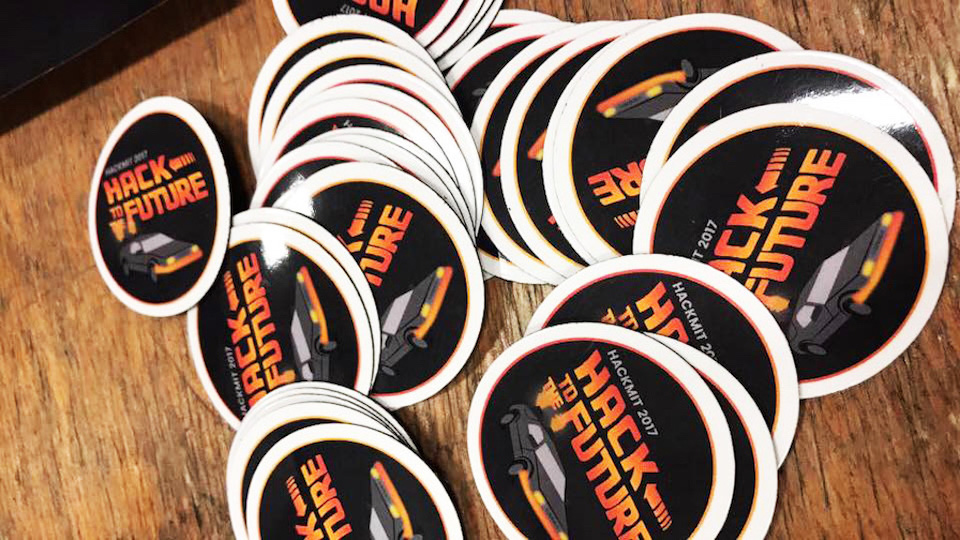 The Blue Faction won the prize, Hack to the Future magnets.

A HackMIT tradition is building the "HACK" letters as a life-size installation, which becomes a popular photo op among hackers at the event.

In the week leading up to HackMIT, we traced and cut the letters from large sheets of foam core board, assembled and hot glued them together, and then spray painted them. This year, we also lined the edges of letters with LEDs. 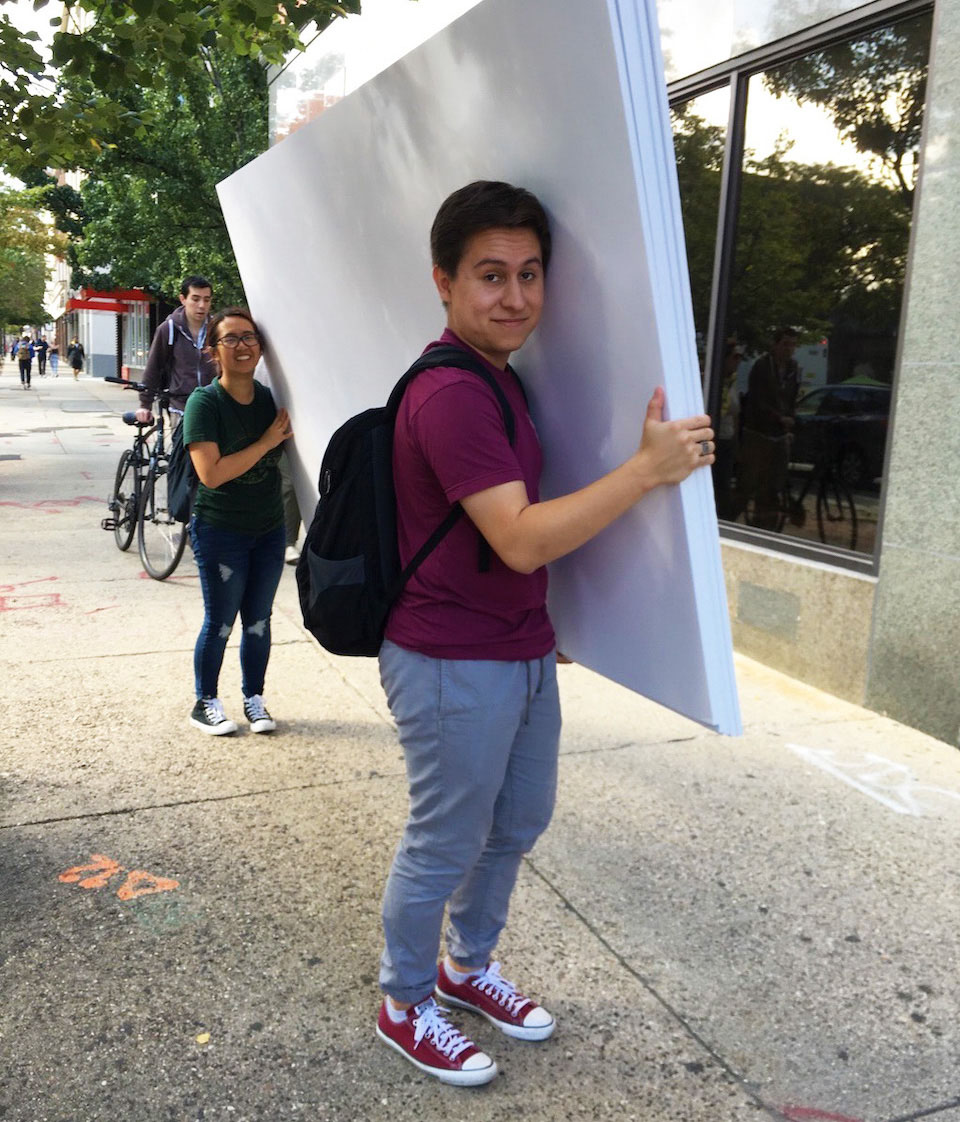 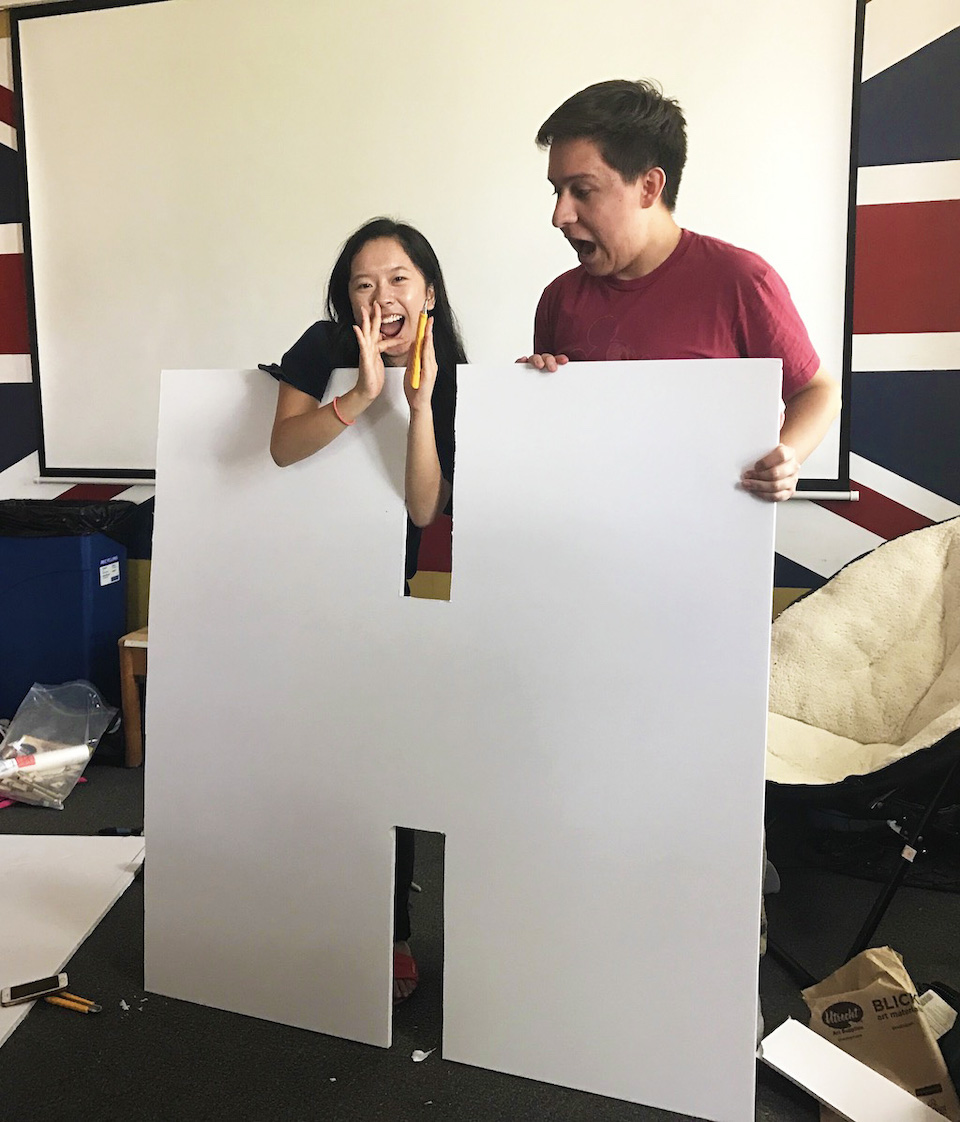 To build hype on campus, we released one letter a day in front of the student center.

Working with the HackMIT organizing team has been an incredibly rewarding experience. It takes months of hard work to plan an event like HackMIT, and nothing compares to seeing it all come together in the big weekend — hackers taking pictures with the HACK letters, scoring points for their factions, and building innovative projects. I'm proud to have been part of the team that made HackMIT 2017 happen! 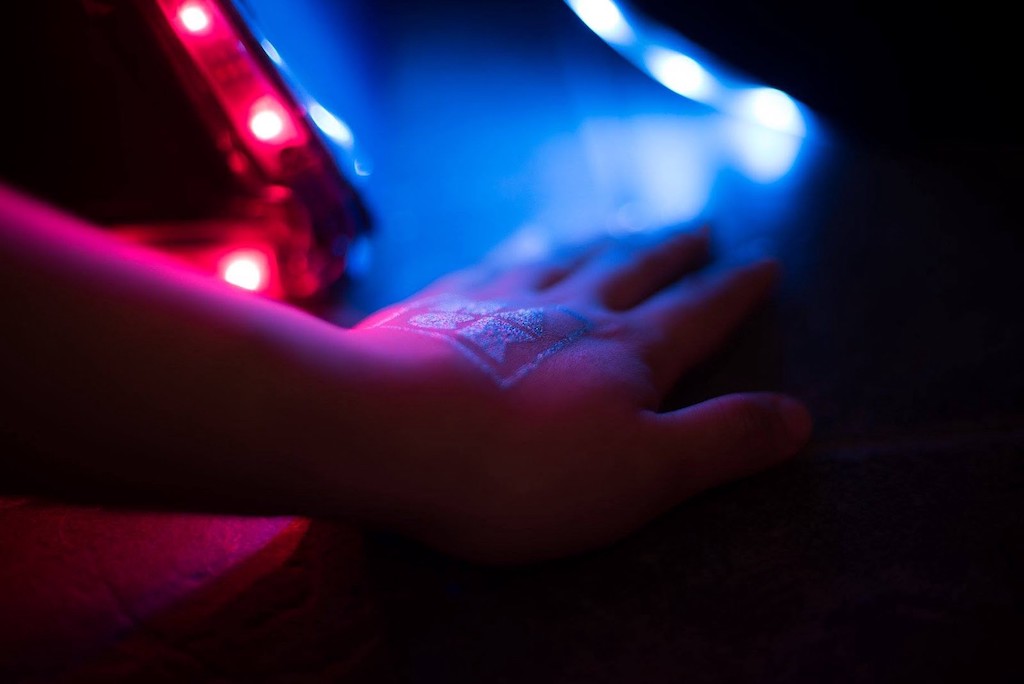 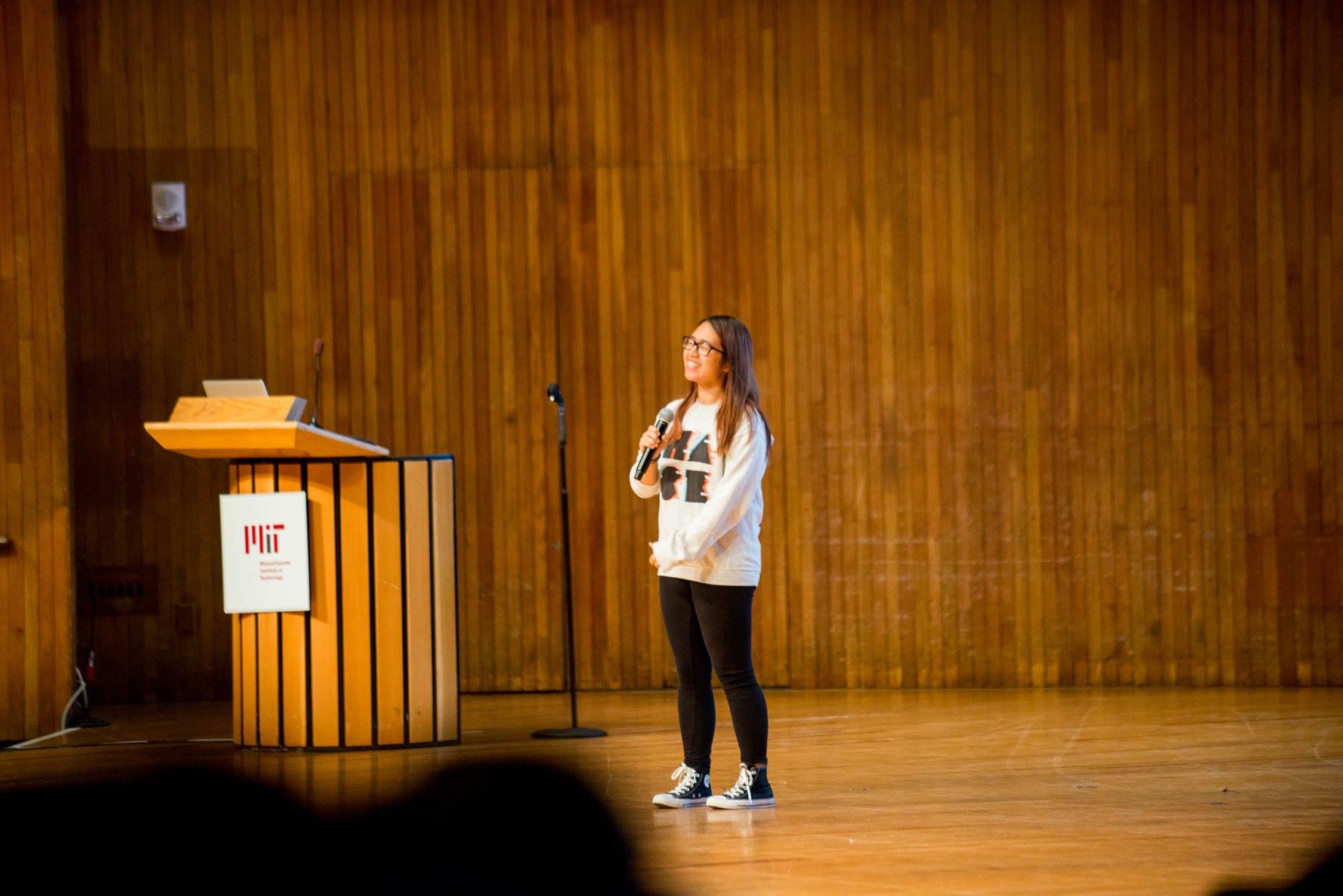 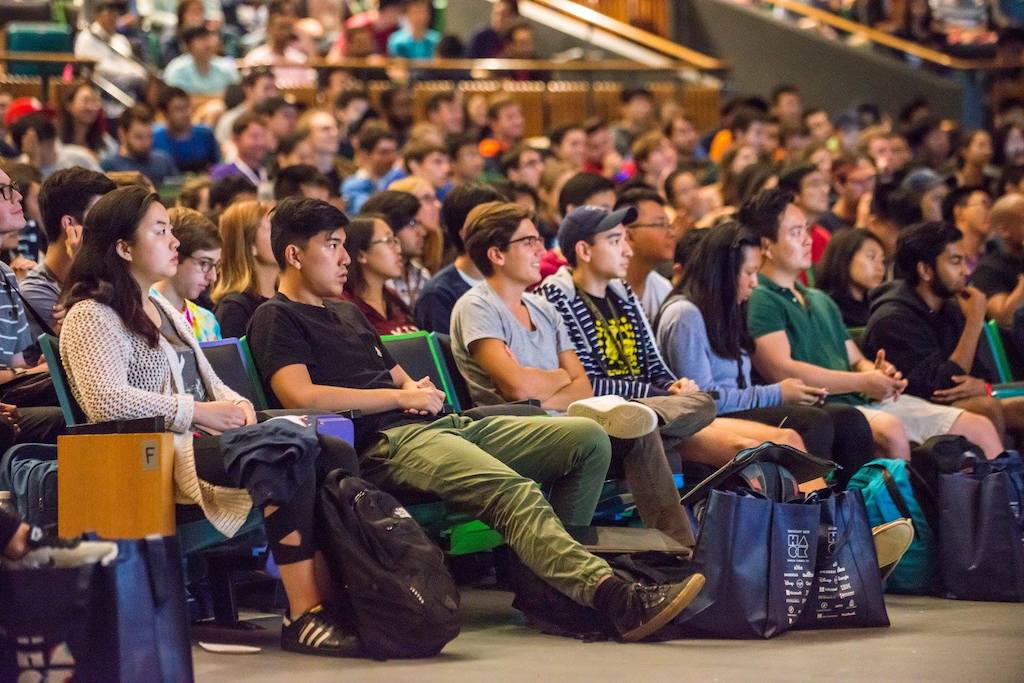